Amid a fresh wave of public interest in senior housing and care, now is the time for a new generation of dementia communities to challenge the market with radical normalcy. 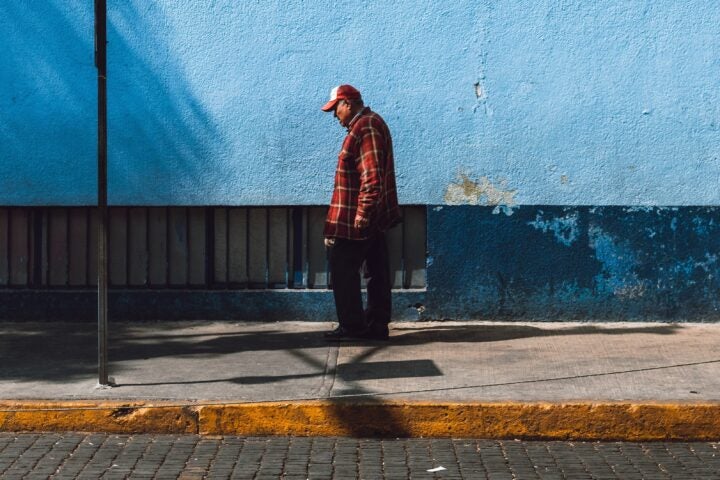 The senior living industry rarely experiences a crossover hit, which has made the public interest surrounding Hogewey dementia village as unusual as it is far-reaching. “The Dutch Village Where Everyone Has Dementia” was a concept so intriguing that it popped up in traditional news outlets like The New York Times as frequently as it did in clickbait hubs like Gizmodo. Catchy headlines touting this revolutionary dementia community have been appearing across the media spectrum since Hogewey dementia village (de Hogeweyk in Dutch) opened its doors in Weesp, Netherlands in 2009. The breadth of interest in the topic is surprising and is seemingly perennial in nature. Constructed villages and mainstreets are not new to North American senior living, but a handful of pioneers are now attempting to imitate the perceived formula of Hogewey with their own “dementia villages.”

Many of these constructed villages, existing and proposed, rely on the idea of nostalgia and its purported benefits for older adults living with dementia. To varying degrees, these environments attempt to replicate images and experiences from the past (usually the 1940s – 1950s) in order to trigger memories for the people who inhabit them. Façades depict barber shops, corner stores, and restaurants, while golf course greens are dyed into carpets and clouds are painted onto ceiling tiles. This theatrical approach has drawn comparisons to the premise of 1998 film The Truman Show in which the whole world voyeuristically watches the artificially constructed life of a man from birth through adulthood, and has even led to some questioning the role of authenticity in dementia environments.

Unfortunately, many interpretations of the dementia village concept in North America seem to have lost something in translation. They have mistakenly latched onto the nostalgic aspects of Hogewey while ignoring the philosophical foundation that makes it successful. Hogewey works because they threw out the rule book, and we should do the same — within reason. Challenging assumptions of what has been done rather than copying-and-pasting solutions from the past is how we move forward and innovate. At its core, Hogewey works because of its total commitment to the vision of normalcy for older adults with dementia. 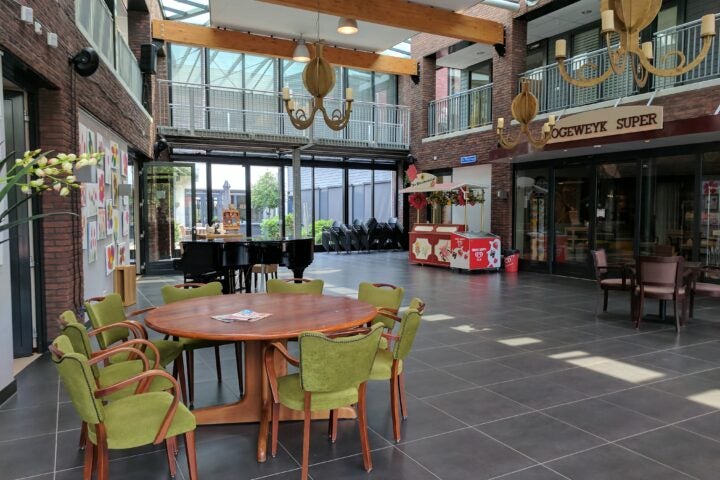 When we think of dementia, many of us think first of symptoms: forgetfulness, anxiety, and sometimes aggression. It is when we consider loved ones in our personal lives that we remember that people with dementia are just people: people with histories, relationships, thoughts, feelings, and desires, even if they are unable to experience or express them in the same way they once did. If we acknowledge these people as individuals, rather than as a collective based on their shared symptoms, then we are forced to conclude that there is no one solution that makes sense for every person: one size does not fit all.

Less than 30 years ago in the United States, many communities were still using physical or pharmaceutical restraints to address the symptoms of dementia by “tying up” more than 500,000 older adults on a daily basis. The Untie the Elderly program from the Kendal Corporation, a not-for-profit provider of housing services, led to a 1989 congressional symposium of the same name which resulted in legislation that reduced the use of physical restraints across the country by almost 100% (Colburn, “Untying the Elderly,” 1991). Shortly after, the first dementia-specific environments emerged, which focused on a residential approach, rather than an institutional one. Perkins Eastman prototypes like Woodside Place in Oakmont, PA, and Copper Ridge in Sykesville, MD, pioneered the idea that homelike settings had real, measurable benefits for older adults living with dementia.

These prototypes were contemporaries of the first inklings of a groundbreaking idea across an ocean, at a care home in the Netherlands. Innovators at Hogewey posited that there must be another way to care for older adults living with dementia that doesn’t involve institutionalization. Several renovations to the existing care home at Hogewey were based on the emerging “household” model, providing feedback through basic trial and error. The ultimate conclusion was that the existing physical environment limited their ability to provide an excellent quality of life for their dementia residents. Thus, the idea of a dementia village was born, and in 1999 the re-constructed Hogewey dementia village began operation.

For all its success, even Hogewey fails to remedy a fundamental deficiency of dementia environments: older adults living with dementia are segregated from the rest of society and kept apart in a particular building or “wing.” Still, the dementia village concept is revolutionary because it provides a “missing link” that demonstrates how fundamental the connection is between multiple scales of living and expressions of self and authenticity. However, when asked what they’d do differently if they built Hogewey again, its operators don’t hesitate to respond that they would have a stronger connection with the surrounding community (Eloy van Hal personal interview). While some work has been done globally to make our cities and communities more “dementia friendly,” no one has yet succeeded in providing a place where people with dementia are “just people” by knitting together the dementia village and the surrounding community.

Defining the appropriate size and scope of a dementia community becomes a starting point for this question of connectivity. Operators must carefully consider how to balance safety and security of residents while allowing them to connect with places and experiences that are real and meaningful. Just as the Untie the Elderly movement recognized the dignity of older adults in dementia care, so too must the new generation of dementia communities acknowledge the full-person needs of their residents. Designs should be proactive about enhancing the experience of the human person, not simply reactive in caring for an individual’s symptoms. Some parts of the senior care industry are starting to accept the concept of not just living longer, but living well — but this must include people living with dementia. 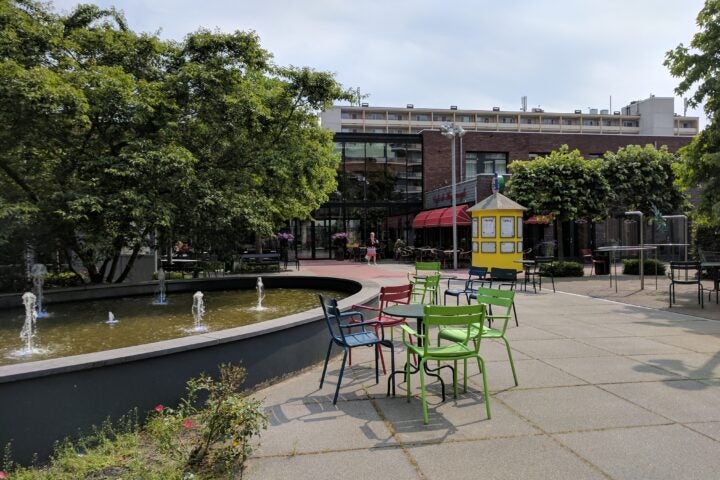 How Do We Get There?

Change of this magnitude is not simple. Conceptualizing a new model of care or rethinking the best practices of an existing one is not easy. Consequently, we have not outlined a prescriptive model that proposes a one-size-fits-all solution for change.

Instead, we’ve developed a series of 11 patterns for dementia communities that can be combined, altered, and re-imagined depending on your existing situation and your vision for the future. These patterns are rooted both in firsthand experience of how Hogewey looks and feels and literature review of scholarly text in the fields of architecture, philosophy, gerontology, and sociology. Three main themes emerged and have organized these patterns and our planning of new communities:

These themes and patterns can be found in our whitepaper Missing Main Street. We believe that these patterns can be applied to any existing or future dementia environment, not just a “dementia village” as the concept is currently understood and perpetuated following the popularity of Hogewey. Consequently, we think these ideas have the ability to change the way we think about providing housing and care for older adults living with dementia and to reconnect them to the fabric of authentic living that all of us enjoy as human beings.

A lot of attention recently has been focused on housing and care of our elderly population in light of the COVID-19 pandemic, but one unspoken question seems to permeate many interviews, articles, and thought pieces: how do we as a society really value the elderly and the people who care for them? Recognizing the value of the elderly regardless of any physical or cognitive decline must come before the design of the communities in which they live. That value must be acknowledged and incorporated into the way policy makers fund and regulate senior communities. Senior communities need better support and funding, not more regulations.

Change takes cooperation — of designers, operators, and policymakers. It’s time to rethink the model, build on the success of Hogewey rather than replicating it, and create our own “new normal” for a society in which physical places reconnect older adults — living with dementia or not — to the communities where all of us live, work, and play.

This is a call to action: let’s work together to un-box the elderly.